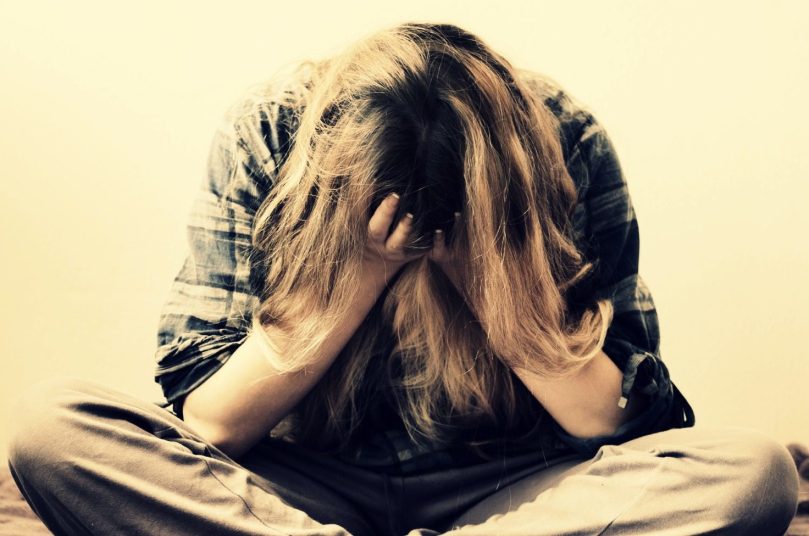 One of the saddest true stories I could share with this WordPress involves a girl, a 17 year old girl I used to attend secondary school with many years ago, her name is Karen (for this post) and NO this isn’t one of my tales of an adult nature.

Karen was rather short with wide hips though not overweight, and far from being a plain girl she was attractive and unremarkable and I don’t mean that in a nasty way, 95% of the population are unremarkable and average looking, I am you are, what I’m trying to say is if life had turned out differently, Karen with her blondish hair may well have worked in a Bank like her mother, married say an electrician, their destiny to birth two children own a dog and live happily ever after on some middle England housing estate.

However life didn’t play out that way sadly.

Returning to the 1980’s and all those many years ago at school together, I’d sit in class with Karen, perhaps debating within discussion groups with her, or sharing a table during Science practical’s we’d pass the time of day, you see we tenuously knew one another because both of our mothers were friends and work colleagues. Just be aware romance was never on the horizon but we did chat smile and laugh, and yes I had a soft spot for Karen because she was rather sweet quiet and friendly.

Then later after leaving school to begin my engineering apprenticeship, more than once or twice I’d think to myself ‘I really should have asked Karen out on a date or to the cinema’, and who knows perhaps she’d have agreed to go or yikes even hoped I’d asked, omg that’s such an upsetting thought jeeze where would we be today? And that’s the reason I don’t believe life’s future journey is set in stone, we make choices and that path changes both good and bad.

A year or two after leaving school my mother once said to me “did you know Karen isn’t very well”, I didn’t but apparently she’d experienced some type of (severe) mental breakdown shortly after being dumped by her two closest friends whilst on holiday abroad. As the sad tale goes, apparently there’d been a blazing row the consequence her two ‘no longer best friends’ went their own way leaving Karen on her own, aged 17 in an unfamiliar country overseas. Everyone to this day asks themselves if this traumatic experience brought forth a mental breakdown? All I can tell you is those two ‘ex friends’ did encounter a lot of hate and (unfair?) Criticism afterwards.

Who knows perhaps to this day they both feel guilty, that’s an awful conscience to live with if true.

Now for those readers thinking why didn’t Karen ‘ping’ off an email to her mum? Never underestimate how disconnected we were back then, remember we’re talking the 1980’s, pre computers and email, mobile phones WhatsApp Facebook and Instagram were but a pipe dream, incredible I know but true! Perhaps children today don’t fully appreciate if you’d wished to chat to a friend or family in ‘olden days’, you had to either speak to them in person or try and locate a public phone box.

I know I can hardly believe it either!! Believe me when I say thirty plus years ago, if you were alone distraught and upset in a strange country, if you didn’t speak their mother tongue, then you my friend were ON YOUR OWN!

Well when Karen did finally return home she soon developed mental health problems, received every dietary and medical test possible yet she couldn’t be correctly diagnosed or helped to get better. And now my mother tells me all these years later Karen lives on her own, in a one bedroomed Flat not far from a constantly worried mother, and I’d suggest life heartbreakingly hasn’t transpired the way her mum hoped it would, but then does it ever?

A sad tale indeed mental illness is an awful disease.

So where do I appear in this tale? Well to this day whenever Karen’s name is mentioned by my mother, I perhaps take more interest than mum notices or realises simply because I unashamedly had a soft spot for this quiet girl, and ever-so slightly distraught knowing I should really have asked her on a date, to the cinema or wherever?………. Yes the saying could have, should have, would have 😦 never rings truer.

Mum and I were discussing this sad tale at the weekend, because every once in a while I ask how Karen is or whether her health has improved which alas it hasn’t, we two school colleagues weren’t romantically involved being just friendly acquaintances nothing more but I liked her. Yes way back then I fancied her though my attraction wasn’t reciprocated (I have niggling doubts), and because I liked her I often wonder where would Karen be today if her two friends hadn’t dumped her, an awfully nasty thing to do but I guess there could be two sides, so did this traumatic experience trigger her mental breakdown?

Would she be ok today if she’d never gone on THAT damned holiday? Christ that’s an awfully big if!

Then again perhaps her two friends ‘up sticks’ because they’d had enough of a dramatic situation, her mother knows very little apart from those two girls still receive a fair amount of finger pointing and perhaps unfair criticism? But most of all when Karen’s name crosses my mind, I think to myself in those more contemplative moments, what if I’d asked Karen out on a date, who knows where life’s journey would have taken us? We may have fallen in love with one another, she wouldn’t have holidayed with friends abroad and perhaps she’d never have experienced her mental breakdown! Silly thoughts I shouldn’t harbor.

Life is little more than a game of luck and chance…….. so you readers seize the day and don’t take a silly argument tooo much to heart. 🙂