🙂 A reminder of happier days.

I hope it goes without saying these photographs were taken by myself, ‘snapped’ during a daytrip visit 2019 to the Tower of London, incidentally an earlier posting tells the tale of how ravens came to be residents at the historic ‘Tower’.

Hopefully one day we’ll adjust to a New Normality, I don’t think life will ever return to the happy carefree days before this awful pandemic, however we human beings have always adapted to our surroundings, through out World War 2 my four Grandparents became accustomed to food shortages restrictions and hardship, they grew their own fruit and veg, my Grandmother pickled perishable produce to extend it’s life well into autumn and winter and COVID-19 is no different. Both young people and the young at heart will adapt to the New Normal whatever that may be. 🙂

On a more personal note I’ve set myself a goal. As of yesterday our Government is beginning to loosen its grip on ‘lockdown’, people are tentatively returning to work, social distancing remains and probably will for the foreseeable or possibly for evermore, and everyone is nervously hopeful there won’t be a second spike………… finger’s crossed but I’m far from hopeful.

🙂 I’ve set myself a personal goal, on the first day restrictions are lifted to visiting The Tower of London, I’m going to take a day’s holiday from work and have myself a daytrip to our wonderful capital City……….. oh and without forgetting my face mask!

Strap yourselves in dear readers this is gonna be a long one but I have tried to go easy on historic detail such as ‘Kings and Queens’ names also dates! But not to worry you’ll discover lots of photos within this post and ALL taken by meee! Please feel free to copy any if you so wish 🙂 I’m a terrible one for ‘borrowing’ photos courtesy of Google imaging so fair’s fair.

The picture below might just give you a hint as to the ‘location’ I visited 20th October 2018……………. yes ‘The Tower of London!’ And I’ll tell you what, I haven’t half been lucky with the weather this year in fact all my daytrips/countryside walks were blessed with blue skies and bright warming sunlight.

Holy blank I’ve hit a story telling wall, the history surrounding The Tower of London is near impossible to write about especially when I’m little more than an informed tourist myself, William The Conqueror built the central White Tower 1000 years ago, Henry VIII lived here, he had his wife Anne Boleyn beheaded on Tower Green her body being later laid to rest in the Tower’s Church. Queen Elizabeth I (Henry’s daughter) had her arch enemy The Earl of Essex beheaded on Tower Hill, staunch Catholic Sir Thomas Moore lost his head because he refused to acknowledged Henry’s Protestantism as the one true faith. Then you move forward through the centuries and SS officer Rudolph Hess was held prisoner on Tower Green after being captured in Scotland fleeing from the Nazis. Reggie and Ronnie Kray the infamous London 60’s gangsters spent a night in the Tower at His Majesties pleasure having failed to turn up for National Service……… where an earth does one begin? Wild animals presented by Kings and Queens of Europe among them an Elephant and African Lion being housed at the Tower before being moved to London Zoo in Regent’s Park. Throughout WW1 the Tower Grounds were used to train Coldstream Guards with shooting practice in the now waterless moat. NOT forgetting the British Crown Jewels are kept for display inside the Jewel House! Oh and who could forget Guy Fawkes was imprisoned within these walls after his failed attempt to blow up the Houses of Parliament! And had he succeeded Britain would have been in political turmoil………. hmm sounds familiar although we call it Brexit!

Perhaps I’d better stick to showing you the photographs I took on the day and let you visit wonderful Wikipedia and fill in the history detail!

Below you see a panorama of three photos taken from Tower Hill which looks down upon the Tower of London and notice the waterless moat now with its carpet of green grass, incidentally Tower Hill Tube station is a five minute walk behind me! 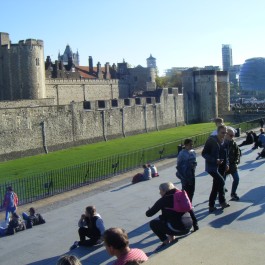 I am a peculiar specimen of human manhood!! No don’t you shake your heads and disagree, I remember sitting on a bench overlooking Tower Green and feeling everso slightly paranoid, feelings of ‘will you believe the photos are my own’ and I know completely irrational but not to worry my ticket below reveals the date 20/10/2018, and yes that’s my packed lunch of brown bread ham sandwiches and succulent in season Conference pears 🙂 ………… incidentally I’d never really noticed before but a late October sun never really rises above horizon level.

If you’ve never visited The Tower there is only one entrance pictured below, sorry I tell a lie there is a second at Traitors Gate which opens out onto the River Thames. For the past 1000 years this gatehouse has seen Kings, Queens and Tourists walk into what is now a world heritage sight, and quite possibly the most treasured building in Britain today, the 1000 year birthplace of my Country’s history. 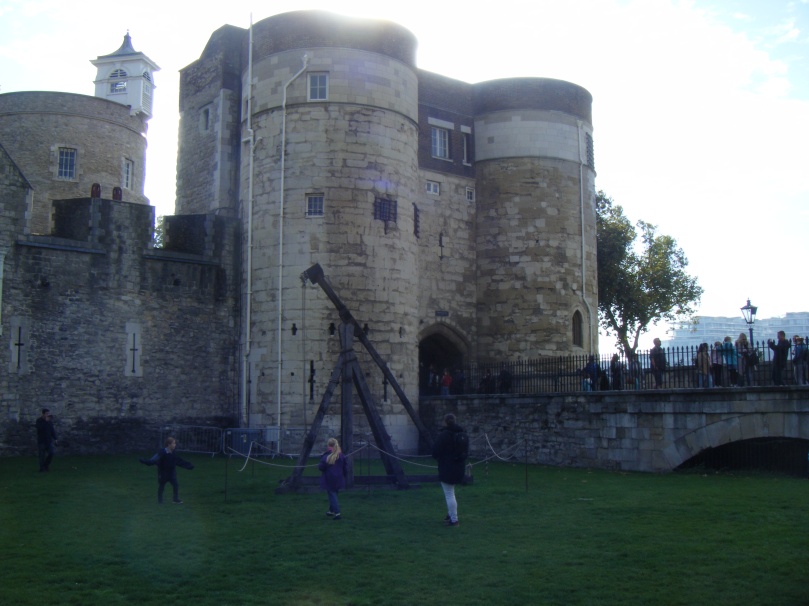 The magnificent Imperial State Crown, a googled image for alas tourists aren’t permitted to take photographs inside the Jewel House 😦 A shame but I guess security is paramount…….. anyways I stood looking for 5 minutes as the diamonds glisten back at me under the spotlights……… mesmerizing amazing pick any superlative adjectives and few will come close to explaining how I felt.

Below you see several pictures of the central White Tower, one of the oldest buildings in England and around which several encircling walls were built with their own cylindrically shaped Towers, each possessing their own particular history mystery and intrigue…… a truly iconic building that truly takes your breath away and I’d guess every tourist will get a tingle down the spine knowing they’re standing on the exact spot Queen Elizabeth I walked or Anne Boleyn lost her head!!

I’m afraid I bottled out at taking a photograph of my Beefeater Guide pictured below, I doubt he would have minded but you never know?

Above left you see the Jewel House, look closely and you’ll see a queue of tourists waiting patiently to see the Imperial Crown with South African diamonds………. alas I wasn’t permitted to take photographs but all I can say we filed past near opened mouthed at the sight of thousands of diamonds and the largest rubies emeralds and sapphires I’ve ever seen. 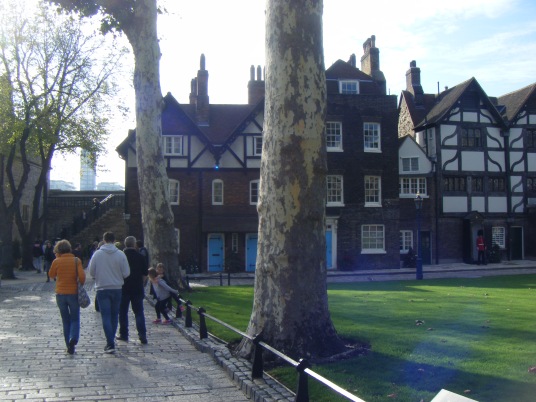 Below left you see a memorial to Anne Boleyn (I guess the glass cushion represents the one her chopped off head fell onto? On reflection a rather pointless structure which does look out of place (my Beefeater Guide’s words) but there you are, and pictured to the right behind the rather curious looking tree you see the entrance to a Prison Tower.

Would I be correct in saying the soldier below is another instantly recognisable symbol of London? The Tower exists as a Royal Palace still to this day, hence fifteen British army soldiers stand guard inside The Tower grounds, the Regiments change throughout a year sometimes from the RAF, Royal Navy and British Gurkha Rifles but the Saturday I visited the Grenadier Guards were on duty……….. although still a Royal Palace I’m afraid our Royal Family no longer reside here. 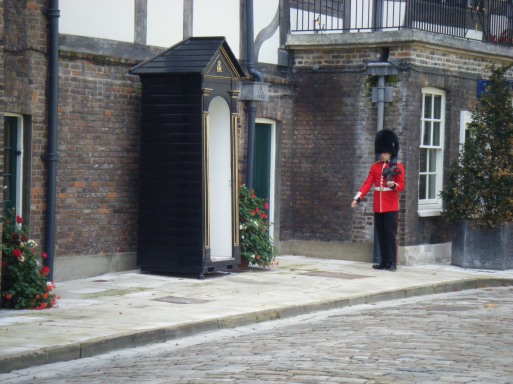