My apologies to Holly and Laura, I should have known better 😦 .

I’d like to say my Donald love-in post written a week or so ago was 100% tongue in cheek, I made a grave mistake when I should have known better. Several weeks ago I wrote a light hearted jokey political ‘essay’ suggesting the reasons I would vote for Donald Trump as British Prime Minister, big BIG MISTAKE!!! My argument was wholly based around a robust immigration policy, I’d omitted to remind myself he is an untrustworthy fucking liar.

Out there in the real world Political decisions affect people’s lives and quoting Neil Kinnock’s iconic speech once again, “you cannot play politics with people’s jobs and people’s services!” Trump’s future political meddling will hurt the British public’s NHS. Well this evening possibly, for the very first time since our disastrous Brexit vote, the ramifications of a US Trade Deal have hit home to the British public, I’ve read the small print it’s an awful Deal!

I switched on the TV news after getting in from work this evening, you know catch up on Trump’s ‘State Visit’ and just in time to hear President Trump say these words, and I quote:

“The British National Health Service is on the table in any future Trade Deal.”

OMFG what an earth does this short sound-bite mean for our beloved NHS? Privatisation for profit? US health insurance firms and multinational companies hiving off money making areas and leaving the poor without healthcare? Charging those that can pay a fortune for their future health care?……………… In complete and honest truth I am still in deep shock, and I’d guess millions of citizens across this once great nation are this evening filled with dread sorrow and foreboding 😦 ……….. perhaps many will be upset in tears.

If there’s any consolation, I didn’t believe a word of the Trump bs I was writing, but there you are today Brexit just got serious for us Brits 😦 , I guess the sayin “you better be careful for what you wish for” applies, yep I’d suggest today’s ICONIC speech will be replayed over and over again for years to come!

Finally Neil Kinnock’s famous 1985 Labour Party speech, I’ve shared it before and will do again now widely regarded as one of the great British oration of the 20th Century. (I’ll not bore readers with context full text and detail. 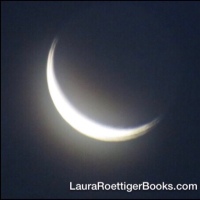 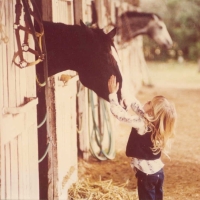 Back to top
Strawberry Splash Down

Waking up on the Wrong Side of 50

Navigating the second half of my life

A Crack in the Pavement