I’ve changed my opinion on Mrs May, we all make mistakes and misjudgements and I fear I have! Today I thought David Lammy’s words captured The UK’s current state of chaos completely because we the British People were promised a Deal would be put in place before we withdrew from Europe.

Responding to news the Government was looking at the possibility of a martial law scenario, Labour MP and Best for Britain campaign supporter, David Lammy said:

“This is a full-blown crisis. The Government is recklessly drawing up plans for a colossal act of self-harm. Through continuing on the path to Brexit, despite having achieved no consensus on a deal in Parliament, the Government is preparing to declare war on itself.

The idea that the Government has any mandate for this catastrophic scenario is ludicrous. The Leave campaign promised a stable new trading relationship with the EU after Brexit, not total isolation and soldiers in our airports.”

I voted Remain because I’m old enough sane enough intelligent enough to understand all Governments lie to their voters, always have done and always will………. my following Post won’t be Brexit related but I JUST had to get this off my chest.

6 thoughts on “Martial Law? We didn’t vote for this” 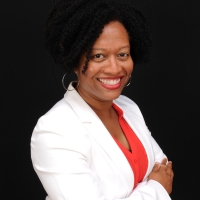 Back to top
A Crack in the Pavement

Smile! An attitude of gratitude will change everything.

Random Writings on the Bathroom Wall
Strawberry Splash Down